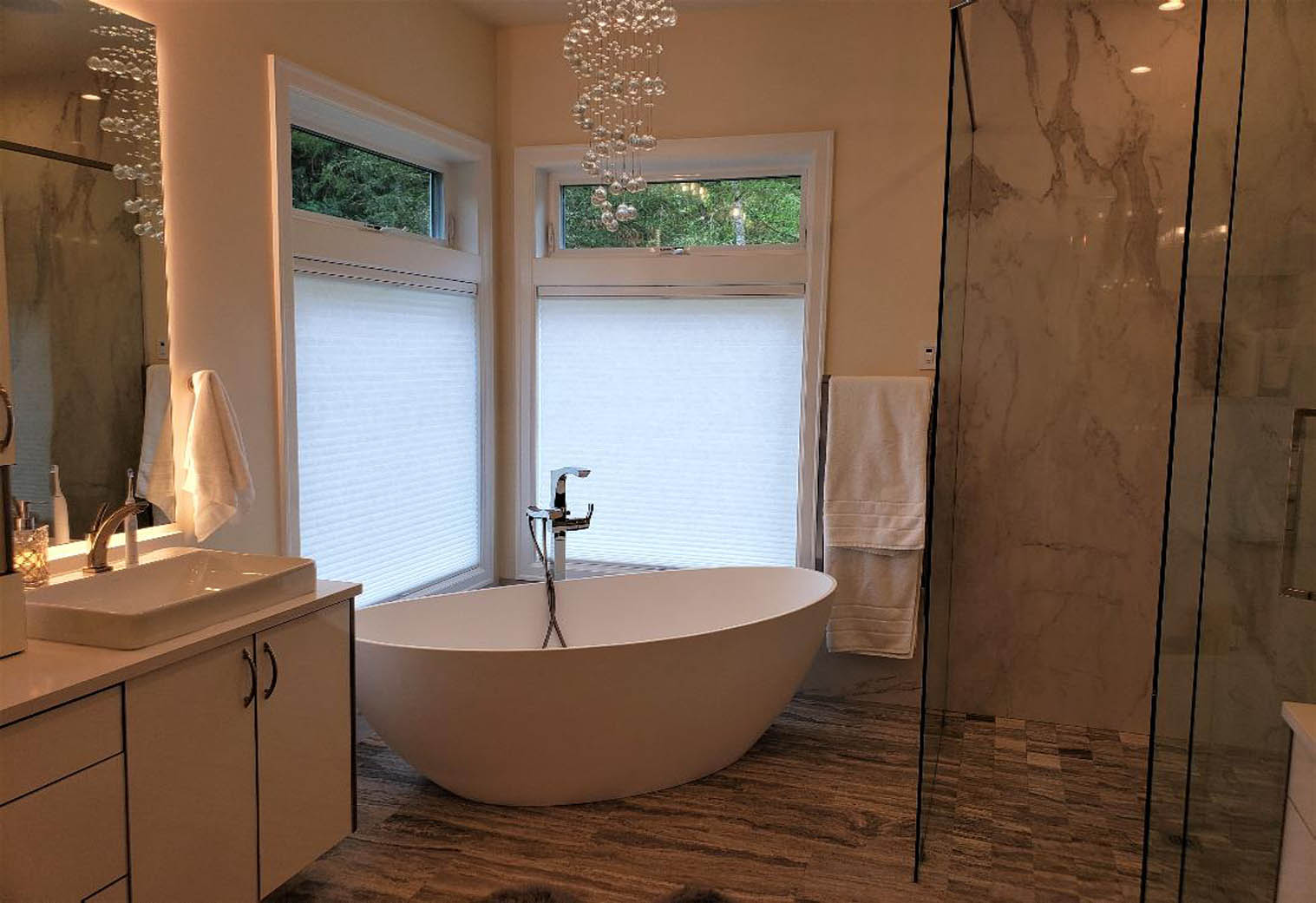 What’s the ROI on Bathroom Remodels in Seattle?

Though one of the smallest rooms in the house, bathrooms can have a big impact on your home’s value. Outdated bathrooms can be a big turn off for potential buyers and an embarrassment for homeowners. But is remodeling a bathroom worth the expense? It sure can be in Seattle, Washington.

Most Seattle homeowners are unaware of the unique advantage they have in the real estate market: exceptional ROIs. Seattle’s return on investments on remodeling projects outshine not only the national average but also the Pacific Coast average. And that’s across the board, not just for bathroom remodels.

What’s the ROI for Bathroom Remodels in Seattle?

Seattle’s ROIs are all great, but what about bathroom remodels specifically? The Cost vs Value Report groups bath remodels into three categories: midrange, upscale, and universal (accessible) design. A midrange remodel works with the existing floorplan and focuses on the cosmetic. An upscale upgrade also alters the layout, which may include moving plumbing and walls. A universal design makes the bathroom accessible, while making some cosmetic improvements.

With a midrange remodel, Seattle homeowners can expect an 89.6% return on investment. That’s huge! An upscale remodel has an average ROI of 79%, and 71.6% for an accessible bathroom remodel. It is typical for upscale and accessible remodels to have a lower return on investment because of the added costs. But even Seattle’s lowest ROI for bathroom remodels is nearly 10% higher than the national average.

Pros of Cosmetic Upgrades to Bathroom:

Cons of Cosmetic Upgrades to Bathroom:

Pros of Upscale Overhaul of Bathroom:

Cons of Upscale Overhaul of Bathroom:

How Much Do Bathroom Remodels Cost in Seattle?

Professional bathroom remodels can cost anywhere from several thousand dollars to nearly $100,000. But the majority of midrange bathroom remodels fall between $10,000 to $25,000. With upscale bathrooms, the sky is the limit depending on what you want. The good news is you can work with the budget you have.

The best remodeling contractors Seattle has to offer will be able to make the most of your budget, and your investment. A series of smart decisions can lead to a spa-like bathroom without breaking the bank. For example, keeping your bathroom vanity but replacing the countertop can make it seem like an entirely new piece. And never underestimate the power of a fresh coat of paint!

What Bathroom Upgrades Add the Most Value?

This question is difficult to answer simply because it depends largely on your existing bathroom’s functionality. If your bathroom’s layout is awkward or cramped, then opening up walls and moving plumbing could be the most valuable investment. After all, a master suite bathroom where you can sit on the toilet and brush your teeth at the same time isn’t going to appeal to buyers. Nor do homeowners want to crowd around one sink to get ready in the morning.

But, in general, the following upgrades offer the best value:

Should I Remodel My Bathroom?

Thankfully, Seattle homeowners are able to answer this question more easily than most because they’ll see a solid return on their investment. So, if you are asking this question in Seattle, then the real question should be, “Do I want to remodel my bathroom?” If you do, we would love to help you maximize your ROI and personal enjoyment of your bathroom.

We’re not just remodeling contractors; Seattle is our home. We take pride in improving the lives of our neighbors and the value of our neighborhoods. Please Contact Us today to receive a preliminary quote for your bathroom remodel in Seattle. We’ll help make your dream home a reality.

Read Next: What’s the ROI on Kitchen Remodels in Seattle?